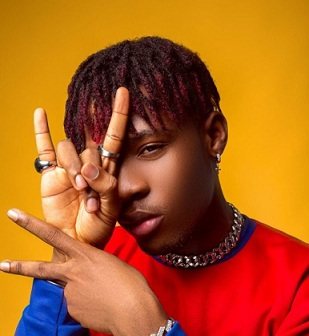 Joseph Akinwale Akinfenwa-Donus popularly known as Joeboy, was born on 21 May 1997 in Lagos State, Nigeria. He is a Nigerian singer, songwriter and perfomer, who was dsicovered and signed in the emPAWA Africa Music Record Label in 2017. Joeboy released his debut single "Baby" which accumulated more than 20 million views in YouTube and spotify earlier in the year 2019. He later dropped another single he titled "Beginning" which became a trend also.

The young fast rising Nigerian star Joseph Akinwale Akinfenwa-Donus also known as Joeboy, have been dropping hit songs not relenting, making music his priority and giving his fans and love ones what they want from him.

Download All Joeboy Latest Songs, Albums and Videos Below

Somewhere Between Beauty And Magic Album Released in 2021

Love and Light EP Released in 2019