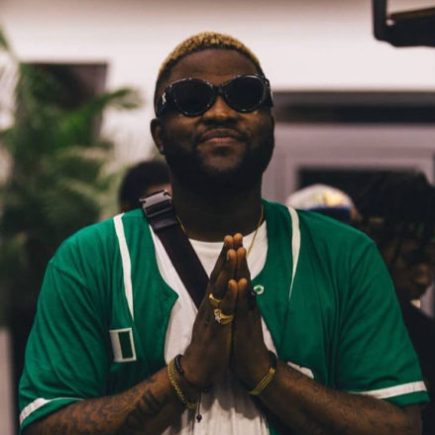 Raoul John Njeng-Njeng who is better known as Skales, was born on 1 April 1991 in Kaduna State, Nigeria. He is a Nierian singer, songwriter and rapper, who studied Management and Technology in the Lead City University. He gained limelight after he released debut hit single tagged "Shake Body"from the record label he signed Empire Mates Entertainment (E.M.E), which was found and managed by Banky W.

Skales left the Empire Mates Entertainment (E.M.E) Record Label and established his own imprint OHK Music Record Label. He released his debut studio album named Man Of The Year, that houses 22 tracks, but the most trending track of the album "Shake" been the 21th track was beautifully produced by Jay Pizzle, made him scale through the Music industry, he has also associated with acts like Harmonize, Tekno, Banky W, Akon and so on.

Download All Skales Latest Songs, Albums and Videos Below