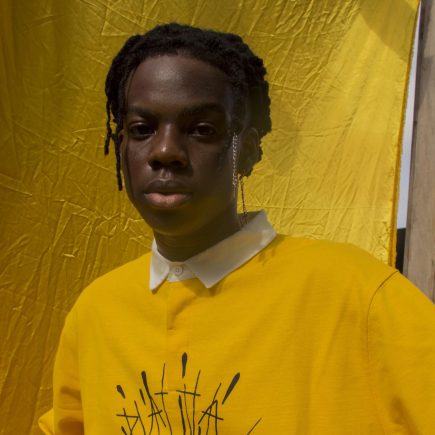 Divine Ikubor popularly known as Rema, was born on 1 May 2001 in Benin City, Edo State, Nigeria. He is a Nigerian singer, songwriter and rapper, who signed a deal with D'prince Jonzing World Record Label an affiliation of Don Jazzy's Marvins Record Label. He gained limelight in the Nigerian Entertainment Industry, after releasing his single "Iron" earlier in the year 2019.

The talented fast upcoming star, Rema, signed into the Marvins Record Label, when he was discovered by Don Jazzy's brother, D'prince, after he did on Instagram a freestyle of D'prince track "Gucci Gang", which drawed his attention of signing him (Rema) to his Jonzing World Record Label a subsidiary of Marvin Record Label.
Rema has been a key artiste to the Marvin Records crew, that has acts like Dr.Sid, Korede Bello, Di'ja, D'prince, Tiwa Savage and the rest. He has been dropping hit songs back-to-back, his "Dumebi" video accumulated over 40 million views in YouTube.

The Future Awards Africa Prize for Music 2020, The Headies Award for Next Rated 2019, City People Music Award for Revelation of the Year 2019.

Download All Rema Latest Songs, Albums and Videos Below

Rave And Roses Album Released in 2022