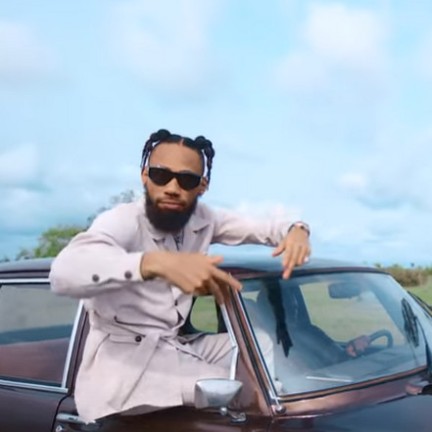 Chibuzor Nelson Azubuike popularly known as Phyno (Phyno Fino) was born on 9 October 1987 in Anambra State, Nigeria. He is a Nigerian singer, songwriter, rapper and a recording artiste, who raps mainly in igbo language. Phyno Fino started his music career as a producer and later gained more recognition in the music platform after which he released his debut sutdio album No Guts No Glory that embodies 19 tracks having "Ghost Mode" the 17th track, "Parcel" the 9th track , "O set" featured by Psquare the 3rd track and "Man of the Year (Obago)" the 5th track.

Phyno who is also called Ezege, has made him a standard artiste in the Nigerian Music Industry, he released like 6 notable studio albums, which has appearance of many reputable and top Nigerians artiste. The indigenous igbo rapper has been nominated in awards and has won many as well. His albums includes "The Playmaker" "No Guts No Glory" "2 Kings" and "Deal With It".
The Nigerian rapper Phyon established himself a Record Label called Penthauze Record.

Download All Phyno Latest Songs, Albums and Videos Below

Phyno Deal With It Album Released in 2019