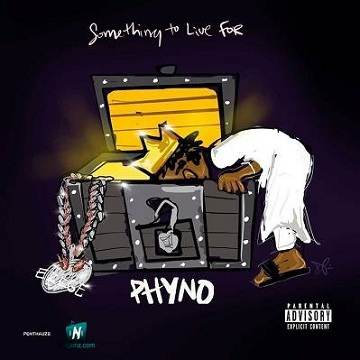 
We announce to you another mind-bursting soundtrack captioned Ain't Nobody released by Phyno starring the Canadian songstress, Anjulie.


The Nigerian Heavyweight rapper, singer, songwriter, and record producer, Chibuzo Nelson Azubuike who is well known as Phyno Fino came through with another trending joint record captioned Ain't Nobody featuring the Canadian singer and songwriter, Anjulie.

Phyno has been around the corner uploading our audio playlist with exciting and interesting songs. He decides to hit the Nigerian Entertainment Industry once again with this sensational track titled Ain't Nobody with assisted vocals from the Canadian female artist, Anjulie.

He released this song titled Ain't Nobody as the fifteenth soundtrack which appears on his just-released project called Something to Live For album that consists of sixteen solid tracks. This song is really worth listening to and was produced by a Nigerian talented record producer, Eli.

Share Phyno - Ain't Nobody ft Anjulie Mp3 with others on;

Magnito ft. Phyno - Who U