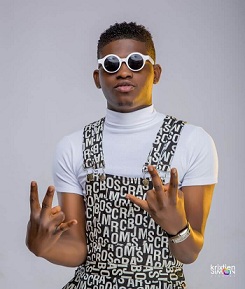 Tolulope Ajayi popularly known as T Classic was born on 10 November 1997 in Agege, Lagos State, Nigeria. He is a Nigerian singer, songwriter, and recording artist signed to Mixnaija Entertainment Records. He released a single in 2019 called Think About It that gave him a breakthrough and widespread to the world of music.

T Classic won the Most Popular Song of the Year in 2019 with his hit single titled Nobody Fine Pass You, and it even got him nominated for Most Promising Act of the Year at City People Music Awards. He released his first studio project named Underrated Extended Play (EP) in early 2020.

City People Music Awards for Most Popular Song of the Year 2019.

Download All T Classic Latest Songs, Albums and Videos Below