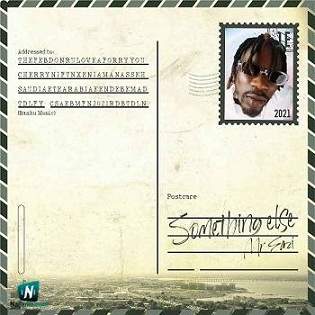 
From the Something Else EP, we serve you this inspirational soundtrack christened The Don that was released by the Nigerian stand-up artist, Mr Eazi.


The Banku Music Record Label boss and the Nigerian singer, songwriter, and entrepreneur, Oluwatosin Ajibade who is popularly known by his stage name as Mr Eazi unleashed this amazing soundtrack tagged The Don to entertain and thrill his music fans once again.

It has been a great honor to have this Nigerian talented and popular artist, Mr Eazi around. He has never disappointed and has never ceased in putting smiles on the faces of his esteemed music fan base with beautiful and lovely songs like this one he released called The Don.

Mr Eazi recorded this song tagged The Don as the fourth soundtrack listed on his just-released project called Something Else which contains five impressive tracks. Killertunes is the Nigerian ace music producer responsible for the production of this track titled The Don.

Share Mr Eazi - The Don Mp3 with others on;