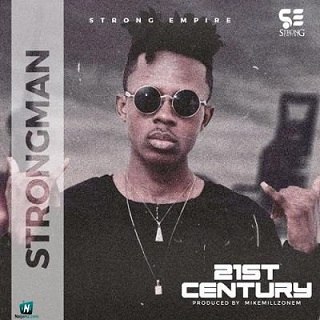 
One of the Ghanaian loved rappers, Strongman, thrills his fans and supporters with this rousing tune named "21st Century" which was released in the year 2019. The new output, owes mixing, mastering and production, from Ghanaian respected sound engineer and music producer, MikemillzonEm.
On this record, Strongman, delivers good flows and massive punchlines, without failing. The production, lyrics and vocals encrypted on this song make it a flawless record; from the time this record was released till this moment, is still making a great impact.

Strongman, doesn't dream of retiring from music, he keeps bring out good records to his fans, which can't be forgotten in a hurry. He has achieved some awards in the Entertainment Industry, still working hard, for more accolades.
Enjoy and experience the world of Strongman with "21st Century".