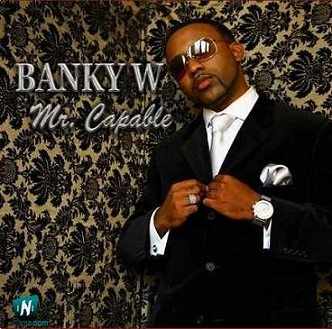 
The Nigerian United States-born singer, rapper, actor, entrepreneur, and politician, Olubankole Wellington who is widely known by his stage name as Banky W unleashed another sensitive soundtrack tagged Heartbreaker which has also become a hit-making trend out there.

We are still listening to his previous soundtrack tagged Could Have Been which is still fresh gaining ground in the music industry. Banky W has never ceased to put smiles on the faces of every music listener and this track which he tags Heartbreaker is worth celebrating.

Banky W unlocked this song he tags Heartbreaker as the thirteenth soundtrack on his highly anticipated studio project called Mr Capable album which consists of fifteen notable tracks. He has proved to the world with this track that truly music is his DNA and can not be contended with.