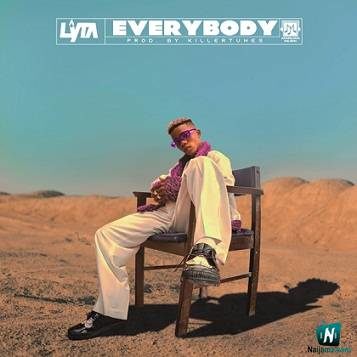 
Here comes another sensational soundtrack tagged Everybody that was recorded by the Nigerian celebrated singer, Lyta.


Still listening to his previously released tracks, Lyta with the real name Opeyemi Babatunde Rahim unfolds another lucrative soundtrack captioned Everybody that he released this year, 2021. Everybody is another hit banger he released to excite and amaze us once again.

This song has been gaining massive airplay all through the country and has also been bubbling online garnering lots of streams, downloads, and views a well since it was released. Fans have been excited about the release of this dazzling record dubbed Everybody

Lyta has never relented in giving his music fans the best of him through his songs. He outdoors this one he captioned Everybody to prove to the world of his musical potential and abilities which can not be contended with. This song was produced by the Nigerian ace music producer, Killertunes.

Listen to Lyta - Everybody Mp3 Here!