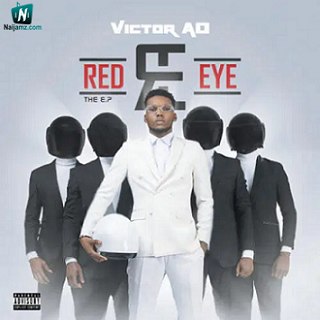 
The Nigerian Lagos-born singer and songwriter, Victor Adere who is famously known by his stage name as Victor AD unleashed another mind-blowing soundtrack tagged Red Eye. Victor AD comes through to entertain and thrill his music fans like he normally does.

Victor AD is a super talented Nigerian artiste who has been transplanting his gifted knowledge through his music to the world, telling you that he is capable of putting smiles on the faces of the music fans, that was why he chose music as his career so that his voice could be heard.

He launched this song tagged Red Eye as the sixth soundtrack which appears on his well-anticipated studio project called Red Eye EP which consists of seven astonishing tracks. Kel P is the Nigerian ace record producer behind the production of this lovely track titled Red Eye.

Share Victor AD - Red Eye Mp3 with others on;