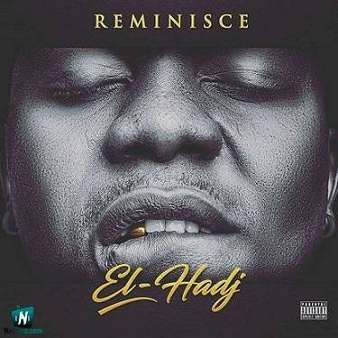 
We introduce to you another amazing catchy soundtrack tagged Larger Than Life that was infused by Reminisce alongside Sojay.


The Nigerian Ogun State rapper, singer, songwriter, and actor, Remilekun Khalid Safaru who is famously known in the music world by his stage name as Reminisce pulls out another anticipated dope record captioned Larger Than Life featuring SoJay a Nigerian singer, songwriter, producer, and software developer.

Bravo to this Nigerian renowned record producer, Sossick who infused a wonderful beat to this song titled Larger Than Life. He released this song captioned Larger Than Life as the sixteenth soundtrack which appears on his body of work project called El Hadj album which compounds seventeen interesting tracks.

Sojay rendered creative and unique lyrics that are really amazing and exciting, that impressed the music fans. Reminisce has been associating with Nigerian top artists in recording songs, but trust me this one he released called Larger Than Life alongside Sojay has already become a hit.

Share Reminisce - Larger Than Life ft Sojay Mp3 with others on;