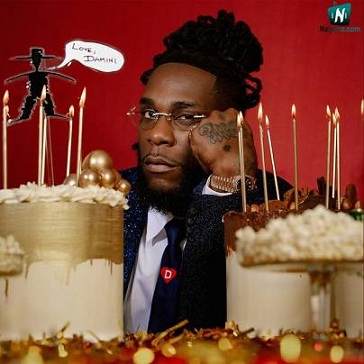 
This year, 2022 comes with another stunning and enchanting record dubbed Its Plenty which was recorded by the Nigerian afrobeat singer, songwriter, and record producer, Burna Boy whose real name is Damini Ebunoluwa Ogulu. This song is really worth listening to at any moment.

LeriQ is the music producer that is responsible for the production of this well-curated song-tagged Its Plenty. Burna Boy introduced this song tagged Its Plenty which was obtained as the ninth soundtrack from his new anticipated studio project called Love, Damini album which houses nineteen stunning tracks.

Still listening to his previously released track titled Different Size featuring Victony, he came through with another well-anticipated soundtrack captioned Its Plenty to showcase his God-given music talent which has been accepted by his music fans and the music community generally.

Share Burna Boy - Its Plenty Mp3 with others on;

Burna Boy - How Bad Could It Be

Burna Boy - For My Hand