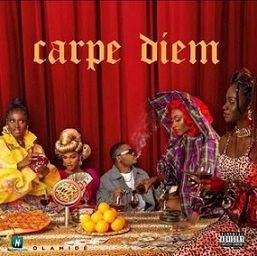 
Nigerian Entertainment Industry present YBNL CEO and founder, Olamide Baddo, showcases his dancehall music tagged Loading featuring the Nigerian singer, Bad Boy Timz. P. Prime has contributed a lot in the production of Olamide's Carpe Diem album body work., he has handled many tracks from the album, now he is credited in the production of Olamide and Bad Boy Timz song Loading.

Bad Boy Timz who came into limelight after he released a single titled MJ, that got him trending, before he remixed the song with the Nigerian DMW act, M,ayorkun (Mayor of Lagos), which raved all through the year it was released, now he had this appearance to feature in Olamide dancehall song called Loading, which is the tenth track of his Carpe Diem album.