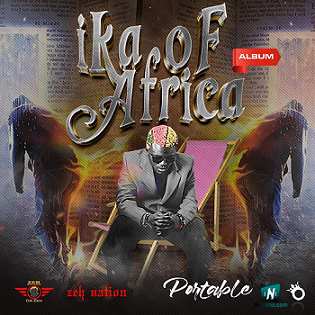 
Nigerian fastest-growing Abeokuta, Ogun State-born singer, songwriter, and rapper, Habeeb Okikiola who is popularly known by his stage name as Portable made another debut into the Nigerian music industry with this groovy and energetic dope record dubbed Ji Masun.

Zestaahbad is the record producer responsible for the production of this blazing song. Portable bounced back with another impressive record dubbed Ji Masun as the eleventh soundtrack obtained from his phenomenal studio project called Ika Of Africa album which contains sixteen addictive tracks.

It has been an amazing moment having and listening to songs recorded by Portable. Ji Masun comes as another well-crafted soundtrack composed and recorded by the Nigerian versatile and talented recording artist, Portable or Dr Zeh the Zeh Nation Records boss.