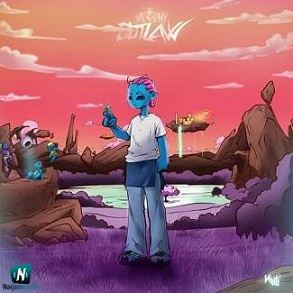 
Today, we offers you another stunning and exciting soundtrack captioned Chop And Slide that was written, composed, and recorded by the Nigerian raving singer, rapper, and songwriter, Anthony Ebuka Victor who is vastly known by his stage name as Victony.

This amazing song was also produced by Blindforlove, Deratheboy, and Frank Moses. Victony launched this song captioned Chop And Slide as the first soundtrack showing on his just-released studio project called Outlaw EP which compasses seven enchanting tracks worth enjoying.

Victony is one of the Nigerian fastest-growing artists who has also been putting smiles on our faces as well. With this song, it is believed that music is his DNA. He has been dropping hit songs back to back to entertain and thrill every music listener and lover around the world.

Share Victony - Chop And Slide Mp3 with others on;

Bella Shmurda ft. Victony - No Other