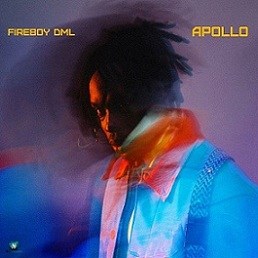 
Fireboy DML introduced another sensational single-tagged Afar featuring the Nigerian highly rated singer and the YBNL Records boss Olamide. He released this collaborated song captioned Afar accompanied by Olamide off his studio Apollo album as the eleventh mid-tempo sound among the seventeen tracks on the album's tracklist.

the young Nigerian singer Fireboy has become among the Nigerian artist's rave of the moment after dropping his hit singles titled Vibration, Scatter, Like I Do, What If I Say and the rest. So him coming through to record this motivational single alongside the Lagos indigenous famous rapper Olamide is already a hit.

Olamide entered the song with his sensitive fluent rap flow that changed the atmosphere of the song like he normally does, then Fireboy fused his euphony verse and lyrics to make the song sound great. The Nigerian ace music producer, IAmBeatz (Wicked) added his magical instrumental beat to this song that made it worth listening to.

Share FireBoy DML - Afar ft Olamide Mp3 with others on;