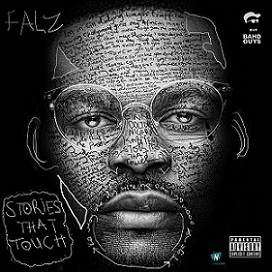 
Falz the Bahd Guy is on it again with the Mavin Records protege, Reekado Banks in this record tagged Celebrity Girlfriend.


We introduce to you another sensational soundtrack christened Celebrity Girlfriend by the Bahd Guys Record Label boss Folarin Falana who is known by his stage name Falz featuring the Mavin Records recording artist, Reekado Banks.

It's another beautiful moment coming from the Nigerian music industry by the Bahd Guy himself, Falz accompanied by the Nigerian young talented singer and songwriter, Reekado Banks with a son titled Celebrity Girlfriend which is such an impressive track to behold.

This record stands as the ninth masterpiece soundtrack that appeared on his debut studio album called Stories That Touch which comprises fifteen tracks respectively. Reekado Banks gave this song a lit of impression with his verse and lyrics that are so top-notch with the production credit from Sess.