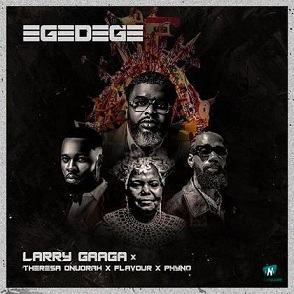 This song dubbed Egedege has brought excitement and joy to the atmosphere and has started going widespread, gaining massive airplay and enjoying tremendous views online. Larry Gaaga is a versatile music producer and high profiled songwriter who has been doing great things in collaborating with many African music artists in making it happen.

The collaboration of the music artists in this song called Egedege is another amazing presentation from Larry Gaaga to the Nigerian music industry. They all took wonderful roles in making this song worth listening to for every music listener out there. This is a new song that you should not miss out to grab which was produced by the Nigerian talented and renowned producer, Masterkraft.