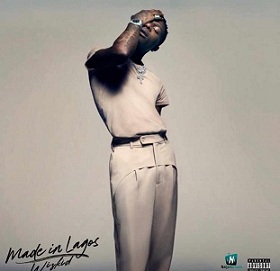 Album Name: Made in Lagos Album


Wizkid Ayo, throws out another hit dancehall track he titled Ginger featuring the African Giant, Burna Boy. Wizkid Ayo whio has been a controversial Nigerian singer, appears to shake the music system with his already released single tagged Ginger alongside the new Grammy Award winner Oluwa Burna Boy. Burna Boy as we all know, is talented and successful musician in Nigerian, he has recorded many hit songs that has created waves in the music Industry, now he features Wizkid in his Ginger hit track.

Ginger is a song from Wizkid's Made in Lagos album, showing as the number two on the album tracklist. Having this two great Nigerian artiste, colliding to record this hit jam labelled Ginger, makes it a success. The song has trended all over the country and across all African countries, gathering massive airplays and views, just few3 hours it was released. P2J who handled the production of the song, gave it a cool beat that will make you feel relaxed and excited.

Share Wizkid - Ginger ft Burna Boy Mp3 with others on;