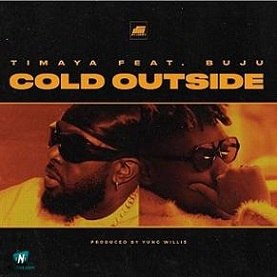 Timaya is a talented Nigerian singer known widely for his hit single titled Dem Mama which gained massive airplay across the country. Since then he has been making hits in the Nigerian music industry with his songs which are all accepted by music fans. He released this new record he tags Cold Outside which he taps on this vibrant talented singer, Buju in assisting vocals to it.

His previous track titled Eff All Day was featured by the Penthauze Records boss, Phyno Fino which is still streaming and getting waves in the Nigerian music industry. Now not long enough after the release of his Eff All Day track he dropped this impressive soundtrack captioned Cold Outside.

This record titled Cold Outside is a new song to vibe with this year 2021 from the Dem Mama Records boss, Timaya alongside Buju. This is a song you will surely enjoy and get impressed with. Yung Willis is the music producer behind the production of this new melody captioned Cold Outside.

Listen to Timaya Cold Outside Mp3 below!

Share Timaya - Cold Outside ft Buju Mp3 with others on;