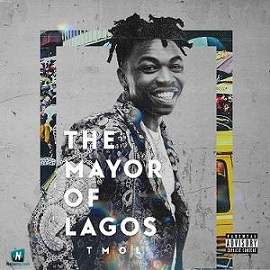 
Another compliment from the Nigerian DMW Records vibing machine, Mayorkun which he released a song he tags Che Che.


Mayorkun has been disturbing the Nigerian music industry with his songs which are all hits. Now came to make another impact with this sensational soundtrack tagged Che Che that he released this year 2018 for the listening delight of his music fans out there.

Coming through with this amazing record he tags Che Che is another blissful moment to enjoy from him. This song-tagged Che Che was lifted from his body of work album called The Mayor of Lagos as the thirteen track that is worth listening to.

We have been enjoying songs from him such as Jonze Me featured by Sarkodie, Drama Queen, Mofo featured by Patoranking, Red Handed Featured by Peruzzi, Dremo and Yonda, and Bobo featured by Davido. Now comes this one he introduced not long ago called Che Che produced by the Nigerian international music producer, Kiddominant to make another difference.