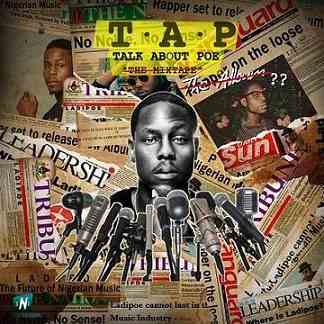 
Cop this astonishing record dubbed Mood which was recorded and released by the Mavin Records protege, Ladipoe.


One of the Nigerian raves of the moment Ladipoe uploads our audio playlist with yet another addictive mid-tempo soundtrack tagged Mood which is a cool track that he brings on to excite and impress his music fans.

Ladipoe has established himself to be among the Nigerian recognized and respected rappers that have been making it happen. His songs are hits that have been going viral in the country and across Africa. He is such a talented rapper that has not disappointed his music fans.

He released this single captioned Mood as the seventh soundtrack reflected on his body of work project called T.A.P (Talk About Poe) Album which comprises ten solid tracks. This particular single titled Mood has started making waves in the Nigerian music industry since it was released.