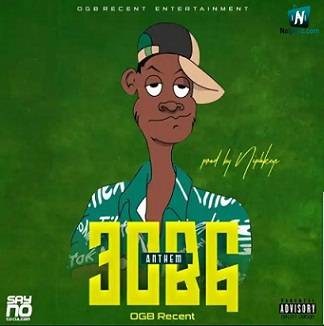 He came through with this one titled 30BG Anthem (E Choke) after his You Won Collect hit song. OGB Recent hails from Ijaw in Warri Town, Delta state, Nigeria, and has been loved and cherished by music fans across the country for the impact he is making putting smiles on the faces of his growing fan base.