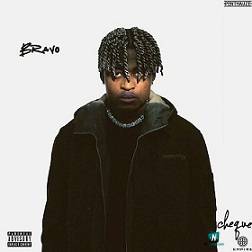 
Akanbi Bamidele Brett better known as Cheque unlocks another single he tags Body which comes from his body of work project named Bravo album that embodies thirteen enjoyable tracks. Body stands as the seventh masterpiece soundtrack on the album tracklist. Cheque comes to please his fans with this sensational single-tagged Body which was released earlier this year 2021 under the Penthauze Record Label owned by Phyno Fino Nigerian indigenous rapper.

The young rising star Cheque popped out with this package which is a love track that has been generating hits in the country and across Africa. He did great work in his hit single-tagged Zoom which gave a breakthrough and prominence to the world of music. Ever since then he has gained listener's attention and has joined the list of the Nigerian rave of the moment. Body was produced by the ace music producer, Zaki Amujei.