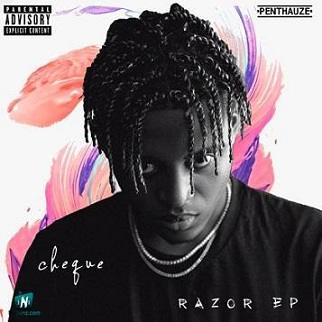 
Akanbi Bamidele Brett popularly known by his stage name as Cheque served us this new record titled Odun which is a new song that will have you hit your replay button repeatedly nonstop.

This dude singer called Cheque is a new trending recording artist who has been killing shows and entertaining his music fans with lots of vibes. He is a singer, songwriter, and rapper who has also been shaking the Nigerian music industry never relented for once.

He blessed us with this track as the fourth track standing on his body of work called Razor Extended Play (EP). His previous track titled Satisfied is still going widespread in the country collecting massive airplay out there. The Nigerian ace music producer, Tempoe killed this production with his beat.