This year alone, Nigeria recorded lots of hit and memorable songs and of course party and fun songs are part of them.

Monalisa - Lojay, Sarz
Lojay, one of the new yet talented faces in the music industry this year teamed up with music producer and songwriter, Sarz to release this amazing track that has endeared lots of people across the globe. The song, Monalisa describes the beauty of Monalisa and the love affection he has developed for her image. This hype song for women is mostly used by couples, especially at wedding ceremonies.

Move - Bad Boy Timz
Bad Boy Timz is also another new yet talented face that we cant help but appreciate his works. He recorded and released this fully embodied talented project that has got his fans moving since its release. This happiness and fun themed song has a free flow of easy lyrics and an energetic tune that makes swaying of the body much easier.

High - Adekunle Gold, Davido
The Nigerian songwriter and highlife singer, Adekunle in a first ever collaboration teamed up with DMW boss, Davido on this mind blowing hit song. The song highlights their opulent lifestyle, love for women and being able to live worry-free. This song which had the duo showcasing the musical strength has been named the number one club song of 2021 and it so deserves to sit there for a very long time because we all love this song from the rhythm to the words and the electrifying beat that get us all high when the song is being played.

Highway - Dj. Kaywise Ft. Phyno
This is one of the best songs released towards the end of 2020 that made waves till 2021. In 2020, DJs owned their game by releasing many fire tracks that shook the streets of Nigeria. While 2020 was coming to an end, DJ Kaywise joined forces with the indigenous rapper, Phyno to release the banger that not only burned in 2020 but kept burning till 2021. This wave making song was very thrilling to the fans and it was played literally everywhere,i.e. homes, events, streets, parties and any gathering of some sort as people do not seem to get enough of it. Kpk - Rexxie, Mohbad
This song by Rexxie and Mohbad was the breath of fresh air we didn’t know we needed. Lots of memorable incidents took place in 2020 that dampened the general mood but with the release of this song came a relaxing and euphoric feeling that served as a source of joy to many. The song also spread its tentacles from 2020 to 2021 and it continued to be a source of joy in homes, parties and on the street. What made the song extraordinary is the slang accompanied with it. Mind-blowing...

Ke Star Rmx- Focalistic Ft. Davido, Virgo Deep
In music, Nigeria and South Africa has always bonded well and it can be evident in this well delivered song by South African Focalistic and Virgo Deep with Nigerian superstar, Davido. Amapiano meets afrobeat as the talented trio team up for the remix of the song, ‘Ke Star’. They made a hit song that swayed South Africans and Nigerians with the sweet and easy flow accompanied with the song.

Rock - Olamide
Off Olamide Baddo's UY Scuti album is this hot single, ‘Rock'. The song is a flirtatious one that emphasizes that a woman does not have to do much to impress her man. This song unexpectedly became everyone’s party starting anthem, street song and a love song depending on the listener. Only Olamide has the capability to pull something of this magnitude that rapidly climbed to the top of the charts after its release.

Coming - Naira Marley Ft. Busiswa
Naira Marley, one of Nigeria’s finest artists never disappoints with his good music and he keeps blessing his Marlian fans with energetic song that they all love. Although, this song, ‘Coming' featuring South African vocalist, Busiswa was banned by the National Broadcast Commission immediately it was released, it still became a popular hit song that is still being played in parties.

Koleyewon - Naira Marley
Like I earlier stated, Naira Marley doesn’t disappoint his fans with his delivery of smooth and relatable songs. This song became a street anthem immediately after its release. No surprises there as Naira Marley has one of the most loyal fan base in the country and they keep appreciating his works. The song also became a popular challenge on Tiktok exposing it to popularity and it became a heavy song with the heavy and electrifying beat accompanied with the song.

Ade Ori Okin - Kwam 1
Fuji songs rarely become hit songs across the country but this song crossed over its borders and became one of the top party songs of the year. The quintessential fuji artist, Wasiu Ayinde Marshall dropped this hit to hint on making peace with people, doing good and avoid betrayal. The song became the focal point of every Owambe party in Nigeria.

Shedibalabala - Jerry Shaffer, Bobby Banks
Jerry Shaffer, Nigeria’s first hype businessman and Bobby Banks, a renowned Hype man teamed up to release the hit single, ‘Shedibalabala' which is a heavy dance vibe that got many people shaking their behind to in a challenge on almost all social media platforms. This song has greatly influenced Jerry Shaffer who is an international hype man with his skills on the microphone and Bobby Banks has become one of the most sought after hype men in Nigeria. This song was the top club song following its release.

Kilometre - Burna Boy
Burna boy tells how his stardom was achieved. The verse ‘I don waka how many kilometres” means that he has worked a lot to get to where he is today i.e. being one of the best artists in Africa. This Chopstix produced song is a fun and motivating song that earned Burna more recognition as people tried to understand his journey.


Cho Cho - Zlatan Ft. Davido, Mayorkun
Zanku Records boss, Zlatan dropped this hit single with Davido and Mayorkun. Prior to the release of this song, Zlatan had already launched a dance campaign for the track with many of his friends on Instagram which raised many anticipation for the song. ‘Cho Cho' is one of the top party songs in 2021 with the high energy that came with the song, heavy beat, catchy lyrics and of course with three big talents coming together on it.

Party Next Door - Bella Shmurda
Dangbana Republik boss and one of Nigeria’s finest fast rising star, Bella Shmurda made a swift appearance with this song. On the song which from the title can be described as a typical party song is about partying from sundown to sunrise. This is a fun song with freestyle rendition that pops up anytime its party o' clock.

Ameno Amapiano - Goya Menor And Nektunez
Goya Menor , multi-talented singer, rapper, MC and Hypeman joined forces with Ghanaian record producer, singer, and composer to deliver a smooth Amapiano Remix for the viral song ‘AMENO‘. The song has been buzzing since its release and it’s all people can recite. The lyrics ‘you want to bam bam, you wanna chill with the big boys......’ captured listeners attention immediately it is being played and it is no doubt one of the official tune for this year’s Detty December. This very addictive tune gets stuck to the brain from the first hearing.

Ale Yi - Zlatan Zanku Music Boss and amazing singer, Zlatan has released this flaming hot song titled, ‘Ale Yi'. The song was highly anticipated before its release and it was definitely worth the wait. The song is so catchy and lovely that it got stuck in people’s head. It is a very noteworthy and fun song that will dominate the music scene for a long time.

Backside- Mohbad Talented Marlian Music Label star, Mohbad orchestrated this incredible song titled,‘Backside'. The song which is about the size of a woman’s behind is a follow up to his latest hit singles, 'Hello' and ‘Feel Good’ which is still buzzing in the music scene. This outstanding work of Mohbad is a good party song with its electrifying rhythmic beat.

Kojosese - Naira Marley
Marlian Music boss, talented singer and street king, Naira Marley once again treated his fans to another danceable and amazing street delight. As the year is gradually coming to an end, he released this single, ‘Kojosese' to entertain his music lovers. This fast rhythmic song lit the
street on fire with its release and the new dance steps that came with the song. Undoubtedly, this is a party song for the festive season.

Lagos Party - Powpeezy
Nigerian recording and talented artist, Powpeezy dished out this party anthem song, ‘Lagos Party from his Extended Playlist, ‘Facility EP'. The song is a follow up to his collaboration with Zlatan on ‘Everyday'. ‘Lagos Party' is nothing short of amazing as it became a tune for a popular challenge on the Tiktok app and this helped to promote the song

Injure Me - Teni
Multi talented Nigerian singer and Dr. Dolor Entertainment artist, Teni Makanaki dropped this hit single titled, ‘Injure Me' which is off her album, ‘Wondaland’. This sweet melodious song is a very impressive one that gave more accolades to Teni and it has a fast rhythm with incredible tune and fun lyrics that gets one attached to the song. 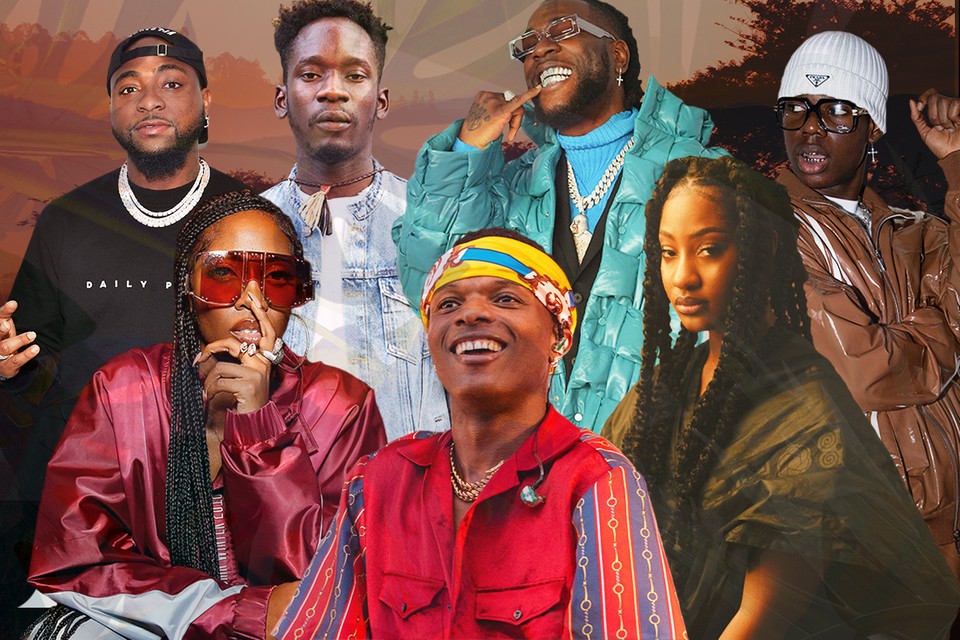 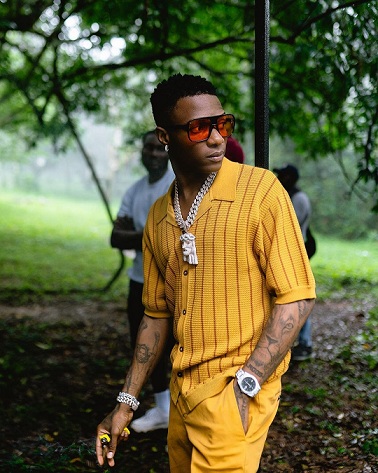